You can now visit :

Before I start blabbering, what I like, what I read and so… Well, this all collection is my personal choice and the ratings are all concerned with my likes and dislikes. My lovely readers would have their own views and ideas about these books and please feel free to comment them down. I always love to hear from you.
1. Like the Flowing River
Author: Paulo Coelho
Rating: 4.5/5

Crazy! Keeping apart the other great books by Paulo Coelho, even ‘The Alchemist’ …Why ‘Like the Flowing River’???
‘Like the Flowing River’ has a philosophical approach to the readers. It’s a collection of Coelho’s thoughts and reflections through which he widens our imaginations and beliefs and ideas about every little thing that passes by us, sometimes unnoticed, sometimes a Pencil and the other time a tree. This is about inspirations, every page have something to teach us, something that we should think beyond of words.
I still read a page of this everyday and like always it inspires me for more.
You can also read: http://umadevu.blogspot.in/2013/07/why-i-always-have-paulo-coelho-with-me.html
2. Love In The Time Of Cholera
Author: Gabriel Garcia Marquez
Rate: 5/5

Love in the time of Cholera is a tale of limitless passion and strong love that’s based in the rustic setting of Columbia. The book narrates the story of three people whose lives will be bound together for fifty years. It covers the lives and times of Fermina Daza, Florentino Ariza and Dr. Juvenal Urbino, the three key characters.
A story about the most painful disease called Love. The narration is so deep and will make you touch its core of emotions. It explores the meaning of different relations like of Mother and Son, Husband and Wife and so on.
Beware, after reading this Love written in ink, you may fall in love.
3. Death On The Nile
Author: Agatha Christie
Rate: 4/5

Death On The Nile is a thrilling story of the sudden murder of a wealthy and beautiful women on the Nile cruise and Hercule Poirot’s investigation of the same.
Do you like Thrillers? Then this book is a must read. One of the best book in Poirot series.
Like always of Agatha Christie’s Investigation innovations, this book takes you to the same way until the end, Intriguing and a page turner.
4. Cough Syrup Surrealism
Author: Tharun James Jimani
Rate: 4/5

Cough Syrup Surrealism is a psychedelic tale about college life and growing up, featuring Charlie, whose life is turned upside down when two girls mistake him for a drug dealer throwing him into the fast-paced world of drugs, sex and rock n roll.
Crazy book for nineties kids, that’s what I would like to give it about. As they say these days it’s a New generation book *Wink*. You can’t approach it with literary perfections but something true to the narrator’s imaginations and it’s really good to read.
5. Veronika Decides To Die
Author: Paulo Coelho
Rate: 4.5/5

Veronika Decides To Die is a dramatic story of love, life and death that shows us all why every second of our existence is a choice we all make between living and dying.
We all make choices in our life. Veronika chose to die. But then it’s always too late to change the past and the decisions.
My book love doesn’t end here. More will come often to this blog in words. Keep reading
~ UmA ~
Posted by Uma Devi at 00:38 3 comments:

Back To Square One 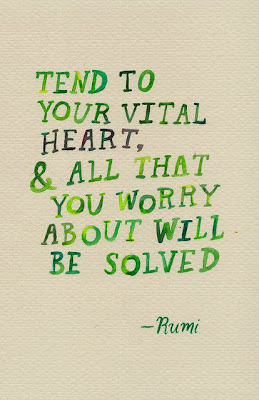 Finally! Since a month I was thinking for a change; a total make over for my blog. I was away to give me some time. Being busy all day is like losing the writer in you. I was so worried; I was drifting apart from my goals. I lost it a few times. I was desperate to write, to post it, to get comments, to be acknowledged. But time is an essential part and it never paid me a heed. He just simply moved on and I was stuck in between somewhere. Neither at the beginning nor at the end just in the middle and was alone.

But I knew, if there was an entrance, there definitely is an exit.

So it’s a new beginning, not from the very beginning but from where I lost.

Welcome back to me :)

Blushes Of Your Love

For those laughter
and the blushes you miss.
Days of wishes
and your love with Kiss
A few words I scribble
just to bring a smile of bliss

Nights when you miss her
and sketch!
moving your fingers
and giving her feather touch
The lines you find, would
come alive
and someday she would
come to you Live!
I don't want to give
you false dreams
Still I wish that she
must come back
and give you surprise.

On other hand,
Everything doesn't seems
to be fine
Cause love doesn't shows
always a positive sign.
If you are in love,
expect the worst anytime
I, your friend, believe
this is not the right time.
May be love for you
is something better
and yet to arrive.

What would he reply? She wasn't sure if her joke was something that could possibly bring smile on his face but yes she did want to see that.

“You frog….I don’t know swimming” He replied with an emoticon of broad smile.

May be he would haven’t smiled that hard on her feeble words anyways her heart skipped a beat and she was in utter confusion what to reply. And then she did just

“Ok” with another broad smile.

They never wondered how they met; how they became friends and how it would end…
That’s how it goes, that’s what life is…gives you surprises and make you meet strangers but all of it has a hidden purpose because

“Everything Happens For a Reason”

She was so used to call him Pumpkin and slowly that word became something special and something close to her heart. She was unknown about her feelings and never knew she could fall in love.
Later Facebook, for them, seemed to be an uncomfortable medium to move further and then the only way was to dial.

You know this was kind of a blind game. A hidden guy other side and a girl who doesn’t even know where hard life is taking her and a bond in between that was getting tighter with the knot.

But still a trust was born. A trust that she trusted with all her heart…

She took her phone and started typing words in excitement but blank minded.

“Hey Frog here” She smiled and send the text.

“Nothing special just roaming in the balcony”

And so on… the talk went further; to calls too.

They became closer and the air around them started changing. They talked about anything and everything…  He was frank, I’m mean too frank.

He believed himself to be a bad guy and she always replied “You are perfect” and that was not a lie.

There are many who are too bad and pretend to be perfect. But even if he said he was bad with his ways, he never pretended to be perfect; he never showed off. That’s why she again quotes

“Pumpkin…you are perfect and that’s what a girl wants”

And one night he left a message asking… “Why can’t we be in a relation?”

She replied with a blush “why do you want us to be in relation?”

“We’ll do crazy stuffs and why do you care me like this?”

She knew he was high in his weed. But she was really happy hearing that.

“Really...Ok” he simply just cut there.

“Oh! Come on… tell me more… do you love me?” her heart was knocking her breath. But her brain was stopping her “No…it’s just a fascination…come down to earth”

Then they never turned back to that and again few more days went just like BEST FRIENDS until another night he made a call and that twisted her like in heaven or hell.

“Hello…” she picked up and started.

With a warm throat he said “I miss u”

And why was her lips moving and it tending to say “I miss u too”… Yes she did say that.
“I miss u too pumpkin” she said with a smile.

“When are we meeting?” he was kind of so curious to see her.

“I don’t know” she knew it wasn’t that easily possible to meet him.

“I LOVE YOU” and followed with a kiss. 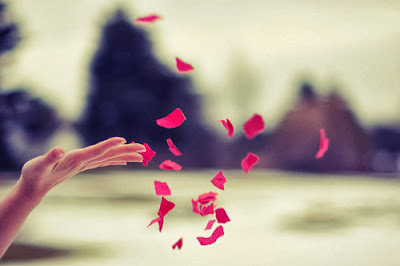 There is a way of falling in love or friendship. Both are commitments. They seem to have mutual understanding and the beginning is always as a ‘Friend’.  How about a Very strange ‘BEST FRIEND’? 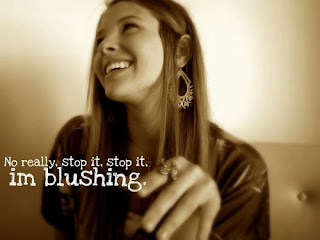 “Hy” Pumpkin is always at time.

“Hello…how are you?” Frog asked, well she knew he said it was all good that morning. Still a beautiful evening again with him and she wanted to know how he was feeling.
“Good…and you?”

She was more comfortable with him now, than the starting of their chatting days.  She knew what she should ask and she already knew what his answers will be.

“Wassup?” she just wants to be in ease.

“With friends” he replied.

“Ok enjoy” Ah… now the curve of smile on her face was a bit bright less.

The very next moment he sent a picture of him sitting on a tall wall of a pond and posing just his legs in the frame. She didn’t know what was so special about that but her lost smile and blush was again on.

“Ey...Don’t jump… we can sit and solve everything” Yeah that was a JOKE!

And then her eyes were so eager.

To be continued….
~Uma~N:B : The characters are not fictitious but the story is totally a creation of fiction. :)  No offense :)
Posted by Uma Devi at 09:00 2 comments:

Wow! That was a wonderful evening.

But she has to come back home and that’s what she hated. When she walked down the stairs of her college she was day dreaming about the next day she could possibly come and jungle with her weird friends whom she thinks to be the best but they don’t. It’s just because they are too young and she was considered to be the matured among those girly; she was filtered out.

That day she must have shattered for her beloved just left her insanely for asking something she called ‘Freedom’  and he believed her to be his ‘Slave’, which I guess he’s never so mean and she still loves him a lot.

Now what do you do when your free? I don’t know how many, because it’s impossible to count down but ‘facebook’ the only option is. She was just scrolling down and down and down and found a page. A talented page, the post was unique, she don’t know why but for no reason she commented. It moved to the chat box.

“When I adore someone so much I call them Frog” He replied.

She blushed. But said “Ok”

You know what’s the problem is? A girl can easily fall for someone who adores her. But here this girl was from another planet she said “Your head looks like Pumpkin”. Toingg!

That was all the beginning… 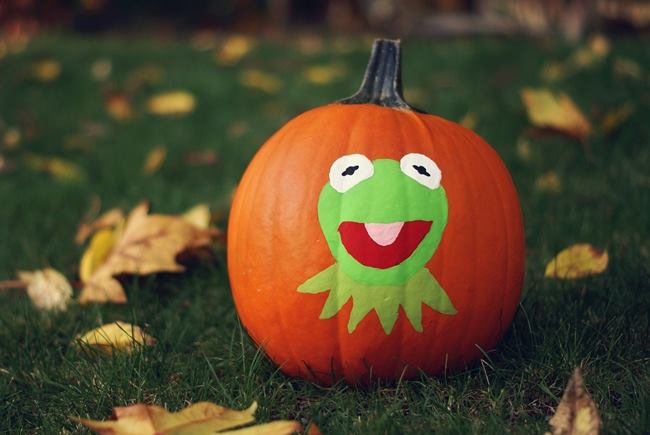 N:B : The characters are not fictitious but the story is totally a creation of fiction. :)  No offense :)
Posted by Uma Devi at 07:22 No comments:

My Poem Featured In 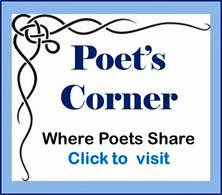